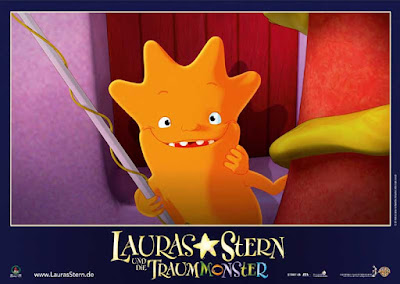 I have just watched the trailer for the upcoming feature film Lauras Stern und dieTraumonster (Lauras Star and the Dreamcatcher) by Rothkirch/ Cartoon Film. Directed by Thilo Rothkirch and Ute von Münchow-Pohl. Storyboarding for the film wrapped about two years ago. I have not seen any of production since, as I have been busy with  other projects.  It was a great experience working on the story, working with the other story artists and the directors . I cant wait to see how the final film turned out. The first shots in the trailer are part of my first sequence that I had worked on at the start of the picture. You can watch the trailer (in german language only) here 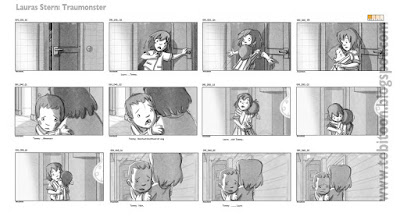 Also ...I am just wrapping a different film today: Rusty Knight, trying to give my brain a few days rest before starting on another script. I have been working at the studio in Munich for long stretches and I am already missing everybody there. Its gonna be another long wait to see how the film will work out (and to share any of my work) My daughter (9 years now) did a little arts and crafts project one day, while we were all in Munich (And we hauled the heavy sculture back with us)  I finally took a Foto. You can see Rusty Knight on the right and Lady Bo on the left (Coke the Dragon is on the back) 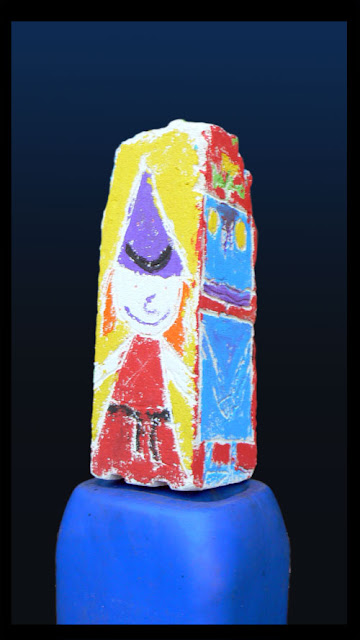